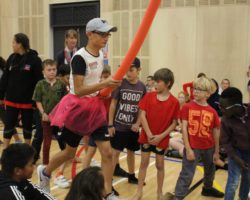 As we drew nearer to our end of term ‘Summer Games’ the weather forecast became more wet and winter-like. So the event was moved indoors to our Gymnasium, comfortably accommodating all 540 of our Year 1 – 13 students. The wacky indoor games were a chance for Secondary Students to bond with, and sometimes even carry their Junior counterparts. ​Issachar… 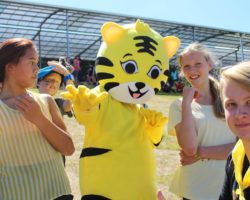 In a glorious sunny day at the Massey Athletics track, Issachar tribe made a clear statement with another clear victory at secondary athletics. Several records were set on the hot day, cooled by Mr McDonald’s supply of water bottles, and ice creams from Mrs Kool. Several students set dominant times and distances, showing Cornerstone will once again punch above its… 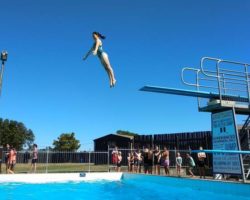 For the second year in a row, Issachar tribe won Secondary Swimming Sports at Makino pool. Issachar, the tribe that appears to swim (and run) like a fish, took an early lead in the pool, leaving other tribes to battle for second place.  The high dive competition saw some memorable entrants this year, with costumes, flips, impersonations, and a few… 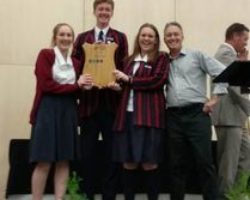 Cornerstone’s first ever Year 7-13 Prize Giving was a night of special memories, celebrating successes and fond farewells. In the school tribe competition the big lead that Zebulun and Naphtali had mid-year, was slashed by the year’s final events. After the final event, which was school discipleship points, was counted Naphtali tribe won the overall shield by a whisker.  Winning…