A dancing tree, dodgy version of uber, and a saxophone solo were memorable highlights in this year’s Living Stones Parable competition. Tribes were tasked to tell a parable in around 10 minutes. Audiences were wowed with elaborate costumes, props, backdrops, dance, song,videos, and one tribe even had a chaotic lolly scramble.

Judah from Asher tribe might win the award for quoting the most bible verses in his Parable about doing the right thing. Meanwhile James did a memorable and not overly realistic Mr Mitchell impression. Samson’s driving down the School’s L-block entrance was clearly CGI – he wouldn’t drive like that. It was pleasing and hilarious to see him stick to the rules of being on a restricted license. Issachar tribe incorporated a pork making machine and song, while Zebulun went one better finishing with a song and dance.

Around 20 staff members voted on the competition causing practically a three way tie for second place. Overall in first place Naphtali were popular first time winners of the competition. When decimal places were counted, Zebulun tribe managed to eclipsed the other tribes for second.

Mr Sextus, the Head of Naphtali house was proud of the effort and leadership his senior students showed. “I hope also that the message will be remembered – the parable of the great feast is all about how everyone is welcome at God’s table”. 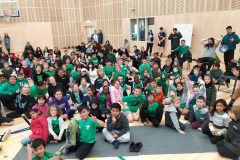 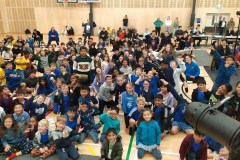 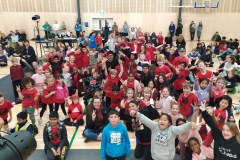 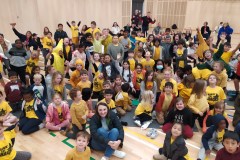 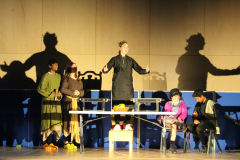 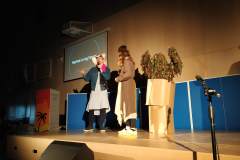 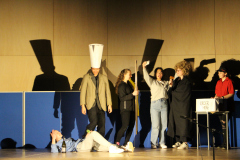 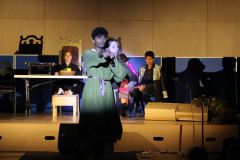 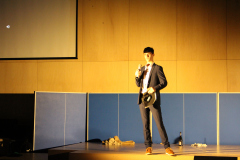 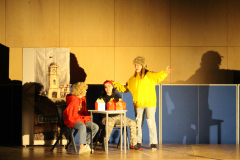 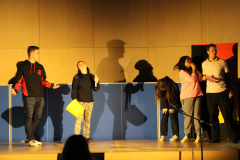 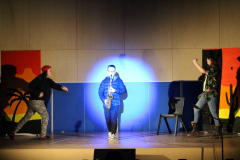 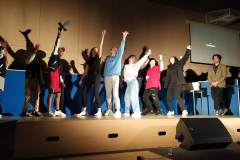 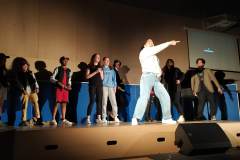 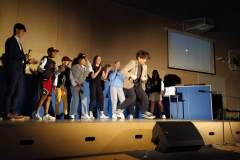 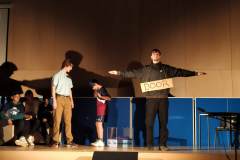 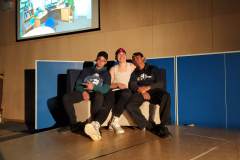 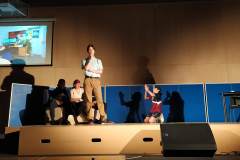 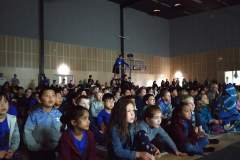