In a fun tradition to finish Year 13, Student leaders chose to have dress up days in the theme of Beach, Movie Star and Future Career.

Movie Star day probably had the most imaginative costumes, with Free Guy, Mean Girls, Woody and some toys from Toy Story, A Lord of the Rings Character, and a Thug attending classes. A few brave staff joined in too, with a notable trio of teachers dressed as Charlie’s Angels. 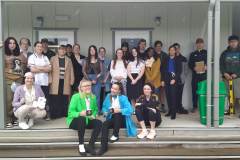 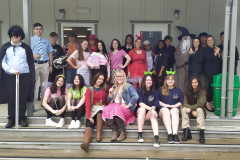 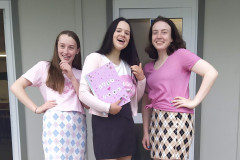 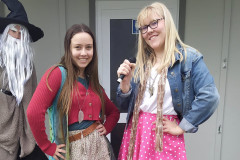 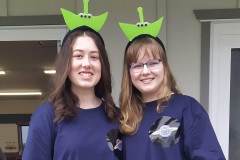 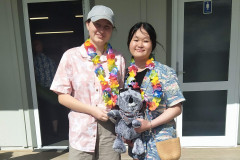 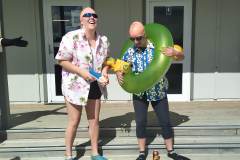 The staff team shot out to a strong lead with Mr Doody energetic, and Mr Jayasuriya playing some big defence. However the student team had more substitutes and much more fitness. With 30 seconds to go, Issachar tribe leader Liam Simpson hit a shot from far out to tie the game 18 all. The teachers then had the ball and charged down the court. Mr Jayasuriya put up a shot with 8 seconds left, that perilously bounced off the hoop. Mr Doody then sunk the rebound, for his first two points of the game, to win for the teachers.

Prior to the event, staff and students had provided a weird fact about themselves. Teams then tried to match the weird fact with the person. Students teams successfully picked Mr Hewitt’s weird fishing antics and a number of other strange facts to dominate the quiz.

The staff won the first set, with Mr Groube reliable at the back, and Mr Jayasuriya showing setting skills. The student team then struck back in the second set, thanks to some big spikes from Deputy Head Boy Daniel Murray and the ever competitive Head Boy Conrad de Groot. The teachers then came back strong in the final set to win the game.

The student dance team had the strong advantage here, of not only practicing ‘Xbox Just Dance’ before, but also having actually heard of ‘Xbox Just Dance’ before. The student song choice song was That’s what makes you beautiful by One Direction. Deputy Head Girl Kate McDonald showed all of her years of dance training, cruising to top score. The teacher’s response was energetic but futile, much to the enjoyment of the crowd. The teachers then chose “Never Gonna Give You Up” for their song and were much improved. Mrs MacAuley scored consistently well for the teachers, but it wasn’t quite enough. Over the two songs, the eight student scores added up to 72,273 points. The teachers were just a fraction behind on 71,856.

The students shot out to an early lead in this game, with a much better understanding of contact rules and team synergy. However Mr Oelofse leading from the back showed his superior reach, and started putting his wingers into space for the teachers. As the full time buzzer sounded, after a mad final minute, the final score was tied at 13 all.

The final game was fat mat rounders – a simplification of baseball, where batters can kick or throw the ball, and bases are actually fat mats. Daniel Murray showed his strength to score several distant runs for the students. Mr Sextus and Mr Doody quickly adjusted and made a few catches in the deep. Assistant Principal Mrs Casey was reliable and in her humble yet effective strategy, keeping the teachers rotating bases.

By the final round, the teachers were ahead 12:7, with both teams afforded one more go at batting. Conrad de Groot in the deep caught two teachers out, for no score, to dismiss the teachers for no runs. Daniel once again went long to get the students going. Amy Pinkney showed some guile for the students to earn the students another run. Mr McDonald showed fierce defending against his daughter Kate, but she wasn’t the least bit intimidated earning the students another run. Sharp play again from Mr Sextus and Mr Jayasuriya got two outs leaving the students at one point behind. The students were then only one point behind, but with two outs. Kate McDonald was on 3rd base, just needing to get home to tie up the game. The ball went short. Mr Bell passed to Mr Jayasuriya and ran backwards to get the rebound. Mr Jayasuriya faked then threw tagging Kate, however Mr Bell had obstructed her, so a replay was called. Mr Jayasuriya then cut off Conrad for an easy out, winning the game for the teachers.

In a week of close games (and a quiz), the teacher team only just managed to retain the Mr Black Staff vs Students Shield. 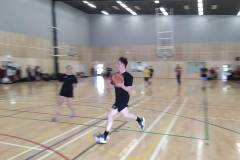 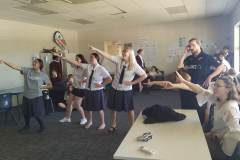 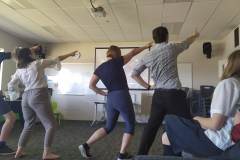 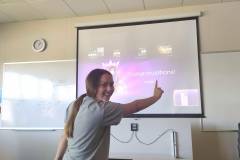 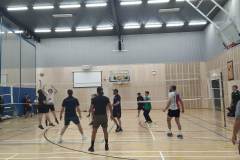 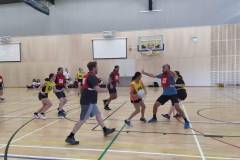 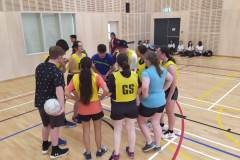 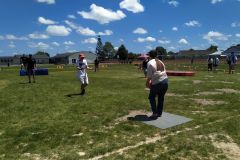